This is a 30 minute video of an introductory Qi Gong. It is quite long, so I would encourage breaking it down to digestible increments (how ever long that means for you!)

The character “Qi” that makes up the first part of qigong is a difficult word to translate, according to Peter Wayne, an assistant professor of medicine at Harvard Medical School and the research director at Harvard’s Osher Center for Integrative Medicine. Qi is a concept from traditional Chinese culture that roughly means vital energy, information, breath or spirit. The second character in qigong, “gong,” means cultivation or mastery, Wayne said. Qigong is therefore sometimes translated as “vital energy cultivation” or “mastery of your energy.”

There are many forms of qigong practiced throughout the world. Some of these forms involve breathing and meditation to promote spirituality and health while others are more vigorous and include martial arts exercises. Tai chi, a widely practiced mind-body exercise, is sometimes referred to as a form of qigong because it “cultivates, moves and helps manage Qi,” according to Wayne. 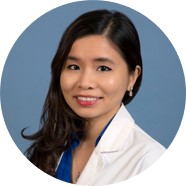